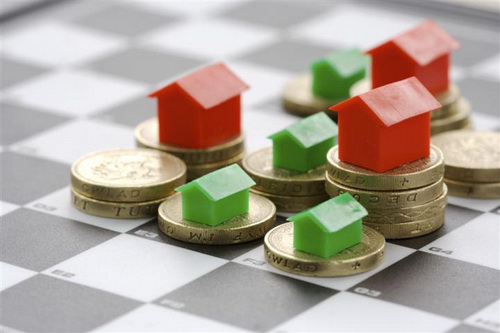 New data by the Bank of Greece reveal that the Greek real estate market slumped by 9.2 percent during the third quarter of 2013, which according to Eurostat was the second-worst performance among European Union countries, following new EU member Croatia with a fall of 16.9 percent.
This recession in the domestic real estate market seems unlikely to change in the next few months, even though prices have decreased 32 percent across Greece since the start of the financial crisis. Today there is an average waiting time of 12 months from when properties are put on the market to the actual sale, in contrast to just 5 months at the beginning of 2009, mentions a BoG report. Meanwhile, Fitch Ratings expects a further price drop in 2014 reaching up to 42 percent.
The situation on the Greek housing market though is not shared by the other southern EU countries, where the first signs of recovery are visible. Eurostat numbers reveal that in Spain the rate of decline didn’t exceed 6.4 percent. In Portugal prices decreased by 2.9 percent in Q3 and in Italy by 5.3 percent.
On the other hand, the largest EU growth rates were recorded by Estonia with 11.1 percent, Luxembourg with 6.5 percent and Latvia with 6.2 percent.
The Greek numbers rank much below the EU average, where the drop came to just 1.3 percent in Q3 compared to an annual slide of 2.4 percent in Q2. Across the EU the drop amounted to no more than 0.5 percent.
The Greek central bank noted that the market continues to be dominated by excessive supply and a considerable decline in demand, which should be attributed to the major increase in unemployment and to the reduction in households’ available incomes, the rise in property taxes, the instability of the existing taxation framework and the lack of cash flow, given that banks are careful in issuing loans.