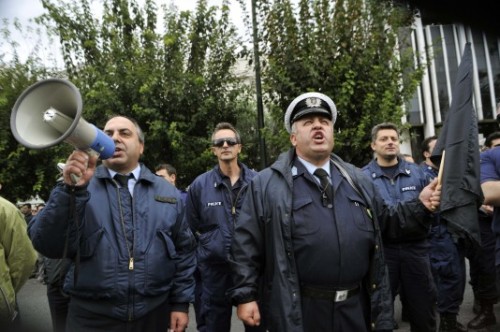 The Greek Council of State has ruled that the cuts made to the wages of members of the armed forces, police, coast guard and firemen in August 2012, were unconstitutional and that the government must pay the salaries it withheld.
This decision has stunned the Greek government and scuppered its plans for sharing the primary surplus with vulnerable groups.
According to an official of the Greek Ministry of Finance, it is estimated that this will cost the government approximately 500 million euros. This amount includes retroactive changes to pensions and salaries after promotions.
“The Greek Government will have to pay approximately 500 million euros” said the Ministry official. However he made it clear that officials will only be able to make a precise estimate of total costs once the Council of State publishes its full decision.
The Troika is also said to be concerned about these developments.
“The reasoning behind the Council of State’s decision to rule that the 10 percent cut in the wages of the armed forces, police, coast guards and firemen in August 2012 were unconstitutional, is that all of these men and women in uniform make up the central core of the State. They must therefore be specially treated,” according to a judicial official speaking to the news agency Reuters.