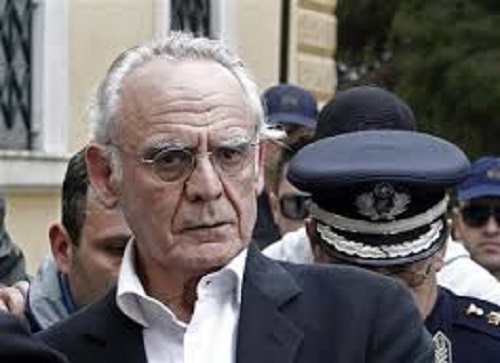 The Greek prosecutors leading the investigation into the defense contract bribery scandal seem to have run down new evidence that will shed even more light on their investigation.
Prosecutors Gavriil Mallis and Yiannis Stavropoulos have managed to get access to foreign bank accounts and bank statements of the people accused of being involved in the case and are now able to track down the movement of black money used in bribing officials for securing the Greek defense contract deal.
Swiss prosecutors are expected to visit Athens in the beginning of February in order to take statements from all the parties involved in the defense contract scandal. Former minister Akis Tsochatzopoulos, his wife Vicky Stamati and the minister’s cousin Nikos Zigras, who are already serving time in Greek prison for their involvement, are the main target of the Swiss authorities, who have initiated their own investigation into money laundering and seek to find crucial answers during their stay in Athens.
Meanwhile, the representative of the company MIE Hellas, Michail Matantos, who together with the German Ferrostaal were handling the bribes in the submarines’ deal, is scheduled on Thursday to appear before court and face his charges.