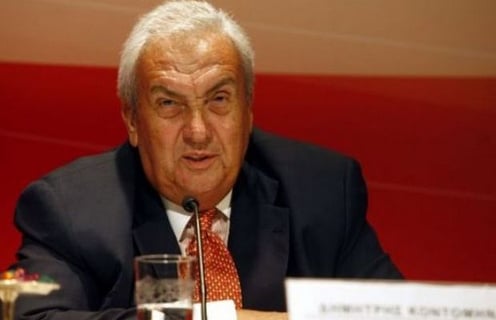 A Greek prosecutor on Jan. 14 asked that Alpha TV channel and Interamerican insurance firm owner Dimitris Kontominas, implicated in a growing scandal involving bad loans at the failed state-owned Hellenic Postbank be kept in custody until his trial.
Twenty-five people, including the former head of the bank, have been arrested so far after investigators said they uncovered a scheme to hand out more than 500 million euros in loans that weren’t being paid back but were being pocketed.
Kontominas, who had been hospitalized with breathing problems, said he’d done nothing wrong and that the case involved a credit card he said was being repaid.
Prosecutor Popi Papandreou wanted him held under severe restrictive condition but an interrogator, Giorgos Andreas, recommended the suspect be let go on bail of five million euros. A judicial council will decide within 24 hours. The story has been been big Greek news.