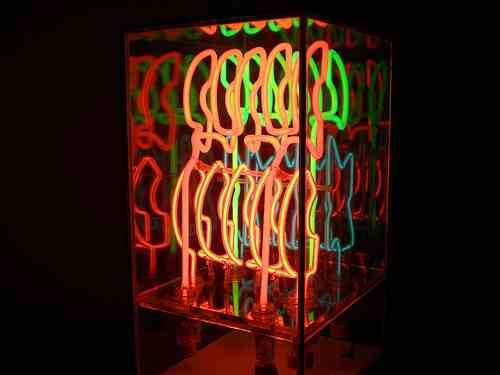 Internationally renowned Greek sculptor and painter Chryssa passed away on Monday morning at the age of 84.
The Greek artist had initially studied social welfare in Athens, but  on the advice of a leading art critic, in 1953 she went to Paris where she studied in the Academie de la Grande Chaumiere for a year before moving to the USA. She continued her studies at the California School of Fine Arts in San Francisco and settled in New York City in 1957.
Her work, which was considered as the forerunner in minimalism, was highly influenced by the urban environment and the Byzantine era. Her creations were hosted by many famous galleries and museums throughout the world, such as the Guggenheim in New York, the Museum of Modern Art in Paris, the Minneapolis’ Walker Art Center, the Museum of Modern Art (MoMA) in New York and the National Gallery in Athens.
Chryssa returned to Greece in 1992 and set up a studio in Neo Kosmos Athens, but later returned to the USA. She donated many of her works to Greek museums. One of them is the 1983 sculpture “Mott Street,” which was inspired by the Manhattan Chinatown and is currently displayed at the Evangelismos Metro Station.
Chryssa was widely known for her neon, steel, aluminium and acrylic glass installations. Her “Gates to Times Square” is regarded as one of the most important American sculptures of all time. It is  a 10ft cube installation of two huge letter “A”‘s through which visitors may walk.