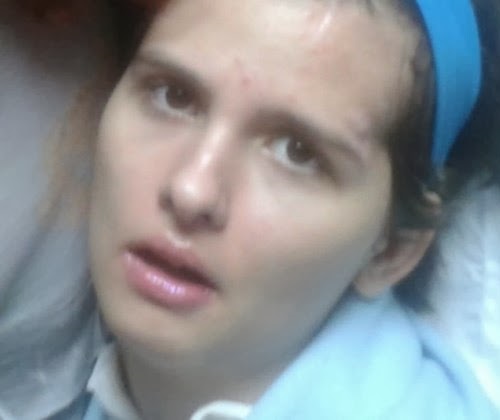 Many people responded to the call for helping Myrto, a young girl, who eighteen months ago was attacked and raped by Ahmet Vaka, on the Greek island of Paros. Myrto is currently hospitalized in Boston.

The “Friends of Myrto” addressed a call through the website www.youcaring.com, in order to raise the amount of $25,000, for a special medical machine that will help the girl’s nutrition and communication.

Yesterday morning the amount of money that was raised, was touching the $ 3,822 and within a few hours it reached the $ 33,000, exceeding the cost of the machine.

The machine that Myrto needs is called Tobii Speech Generating Device. As stated on the website youcaring.com, the 16-year-old had began to learn how to use it, but stopped as the cost of the machine was huge and her family could not afford it.

Myrto’s friends contacted the Federation of Hellenic-American Societies of New England and asked for their support and help. The Council of the Federation agreed to help them and they decided to organize a fundraising event on December 7.

According to her doctor, her situation is stabilized but she isn’t completely safe yet.

Sixteen-year-old Myrto has been in the U.S for five months. The main goal of the doctors is to help the girl recover her communication and functional ability.

Last August the doctors removed the tracheostomy tube that enabled the girl’s breathing. The fact that Myrto can now breath on her own, means that she can proceed with the rehabilitation process.

The only thing that doctors can’t fight at this stage, is the infections, as the exhausted body of the girl is an easy target for invisible pathogens.

Myrto’s mother thanked the Greeks not only from the U.S., but also from all over the world for their support. “It’s not just the money but also the psychological support.” she said.