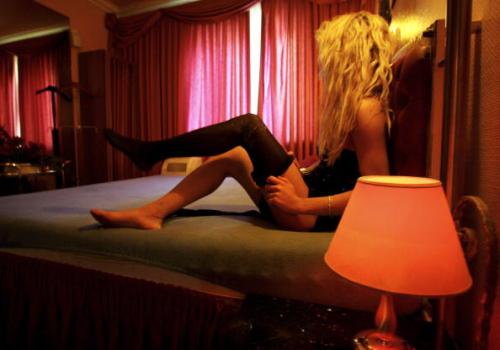 An unprecedented episode took place at a brothel in the area of Glafkos, in Patras.
A young man visited the place in order to satisfy his sexual needs and asked to see the girl he was to meet with. He was shocked when he realized that the girl standing naked in front of him was his sister.
According to dete.gr, everything started when a group of three men traveled from Athens to Kyllini for work and on their way back, they decided to stop at Patras to have some fun.
The scenes that took place after the unexpected tête-à-tête of the man with his sister inside the brothel, are unheard of. After the first shock, the man started beating his sister badly, despite the efforts of his friends and of the employees of the brothel who trying stop him.
When they finally managed to draw him away from the young girl, she was crying and confessed that she has been working at this place for some years now. She revealed that it was the country’s recession that brought her to this point as she was unemployed for some time and drowning in debts. She also blamed her brother as well as the rest of her family members, since they never asked themselves how she manages to make ends meet without working.