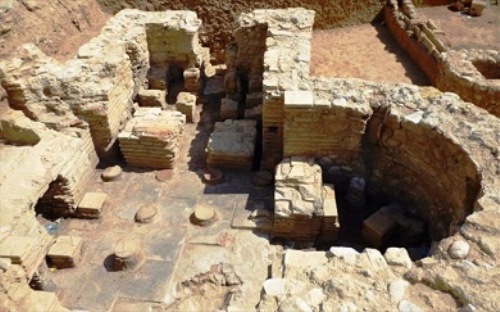 Today, the Greek Central Archaeological Council (KAS) voted for an area of 4,000 hectares in the western Attica region, Megara. After the voting procedure, it was announced that the area of Megara is listed for protection as an archaeological site.
The location of Megara is in the northern section of the Corinth Canal opposite the island of Salamina. Moreover, in antiquity was a significant trading hub, with the new archaeological area including two ancient ports.
Initially, there were some concerns regarding the size of the site and the difficulties that its full excavation would entail. Despite this fact, Greek Central Archaeological Council stated that the protection of significant antiquities found at the site merit its full protection.
The archaeologists found Roman-era baths, an aqueduct, impressive fortifications, graves containing valuable burial offerings and an ancient agora, among others.
The decision by KAS means that all the separate excavation sites that have emerged from the 1930s to the present will be encompassed in the 4,000-hectare zone.