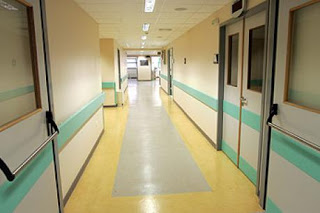 When the authorities of the Department of Internal Affairs, checked the log book with the list of newborns in Lamia hospital, they realized that they were facing a big scandal.
The book was sealed immediately and the personnel was ordered not to touch it. Meanwhile, births will be recorded in a new book of the clinic. In fact, if someone compares the data obtained from the records of the hospital, with those from the registrar, they will draw interesting conclusions.
During the last years, especially from 2007  to 2013, more than 300 Bulgarian mothers gave birth in Lamia hospital. Apparently, almost all of them were not married and were suffering from labor pains on the highway outside Lamia, when traveling to Athens.
The majority of these women were accompanied by a blond Bulgarian woman and a short man. The women in labor were “schooled” and were sneaking out of the hospital without paying.
The surprising thing that immediately drew the interest of authorities investigating the case, were the dates in the book. They show that within few hours, 4-5 births from Bulgarian single mothers were being recorded.
A nurse who at that time worked in the Obstetrics Clinic of Lamia hospital who spoke to lamiareport.gr said, “A blond Bulgarian woman and a short man were bringing them in to give birth. Of course we were very surprised by this. In fact, a colleague had informed the police.”