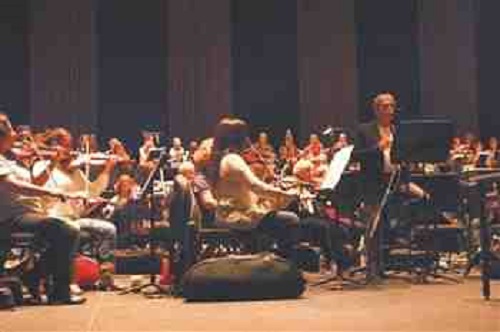 Yesterday October 27, the Greek singer George Dalaras gave a concert at Istanbul’s Zorlu Center PSM in honor of immortal Greek poet Konstaninos Kavafis’ 150th birthday, making an appearance after many years of problems over his politics.

As Hürriyet Daily News reports, Dalaras refused to answer political questions from the Turkish media at the concert, because of past difficulties due to his views on Cyprus, Dalaras is one of a number of foreign artists and intellectuals who have been denied appearances in Turkey due to their alleged political views. He caused a public stir after a right-wing journal labeled him a “Turco-phobic Greek” on its front cover in 2007 when the Fener Greek Patriarchate invited him to Istanbul to give a concert. Then the Istanbul Governor’s Office canceled Dalaras’s concert on security grounds.

Before the concert, speaking to Hürriyet Daily News about the Kavafis Project, Dalaras said: “I feel really emotional. I am very pleased to have an opportunity to be here every time for a different musical event. The poems of Kavafis deserve to be performed on the stage not because they are entertaining, but because they are carrying messages. Kavafis was a great poet with profound knowledge of the history of our country as well as humanity and the world. His poems are full of philosophy.”

Dalaras said the concert had great importance for him. “First of all, Kavafis is a global poet; his poems have been translated into many other languages all around the world. The other reason is that I have long followed my composer friend Alexandros Kaozas, who composes these works. They are very impressive for me.”

Greece is pushing its EU partners to approve Covid-19 vaccine certificates that would open travel throughout Europe, the Greek tourism minister said.
Crime