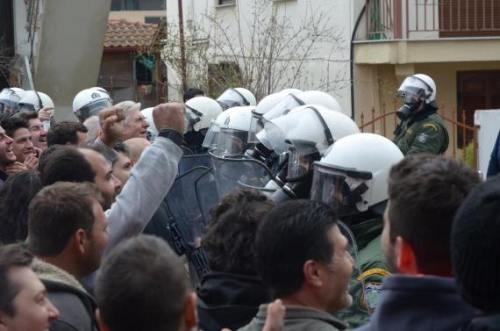 According to Greek media reports, the remaining 23 of 27 suspects accused for being involved in the violent events that took place in Chalkidiki over the mining operations near Ierissos, have been called to testify on Friday, October 4, in Thessaloniki.
Four of the 27 suspects who testified in writing the previous day, denied any involvement in the criminal acts. It is expected however that the remaining suspects are to follow the same exact tactic.
Taking into account the 2,500-page case file, there are several recorded telephone conversations among the suspects, which according to the police reveal the suspects’ implication in the violent events.
They are being charged with forming a criminal gang and a number of violent acts that took place between May and August in the Lakkos Karatza area at Megali Panagia and the area around Ierissos.