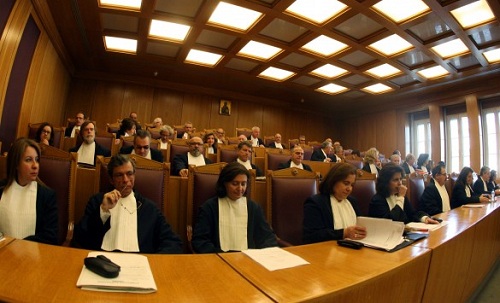 Greek Education Minister Konstantinos Arvanitopoulos, sent a letter on Sept. 30 to the deans of the universities in Greece, asking for the names of the administrative employees that will be suspended that they have refused to give  and in protest have closed the schools.
Given the above, he also addressed an order to the prosecutor of the Supreme Court, for the universities to communicate the names to the Supreme Council for Civil Personnel Selection (ASEP) as well as to the Prosecutor of Athens, Thessaloniki, Patras, Heraklion, Ioannina and Thessaly.
Two days ago, Arvanitopoulos also addressed a letter to the administrations of the universities, while a circular was also been sent by the General Secretary of the Ministry of Education, Athanasios Kyriazis.
The rectors, on their side, after an appeal to the Council of State, have requested the withdrawal of the Common Ministerial Decision on suspension along with a meeting with the leadership of the Ministry of Education, in order to determine a mutually acceptable method for evaluating the structures of the university.
In case of non-satisfaction of their claims, they intend to take legal action and ask protective measures.