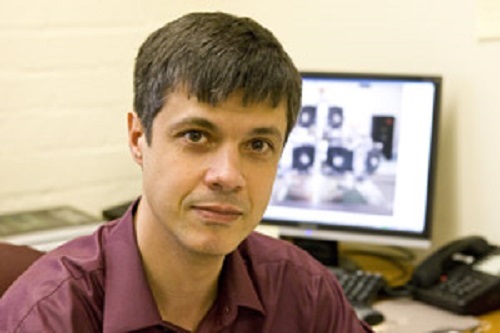 A team of scientists led by Vassilis Angelopoulos, professor of Earth and Space Sciences at the University of California- Los Angeles (UCLA), discovered the driving force and mechanism of the Earth’s magnetic field which creates space storms and the aurora at the Earth’s poles.

This discovery will help scientists forecast space weather, which is possible to threaten the GPS and expose astronauts to dangerous radiation. “Finally, we found where it comes from, the energy that creates space weather,” Vassilis Angelopoulos declared.  The measurements were made with the help of five probes of the mission THEMIS of NASA, which monitor the changes of the Earth’s magnetic field.  Two of these probes are in orbit around the moon and with the Artemis mission they record the energy of solar storms in our planet. Angelopoulos is the principal investigator of these missions.

“Solar storms send charged particles in the Earth’s magnetic field and push to the magnetosphere high-energy particles which go back to Earth in the form of geomagnetic storms.  The solar “wind” sends to Earth particles with speed up to 1,6 million kilometers per hour,” the Greek professor said.

Part of the solar energy is transferred to the Earth’s magnetic field and is stored in a small region of a magnetic tail. When the system can’t store any more energy, it is discharged in the form of geomagnetic storms, which create the aurora at the Earth’s poles.

The Greek scientist was born in 1965 and graduated in 1986 from the Physics Department of the Aristotle University of Thessaloniki. With a fellowship from the Fulbright Foundation he did post-graduate studies and a doctorate in space physics at UCLA.