TechNews
GreekReporter.com Europe Byzantine Icons to Be Repatriated to Cyprus

Byzantine Icons to Be Repatriated to Cyprus 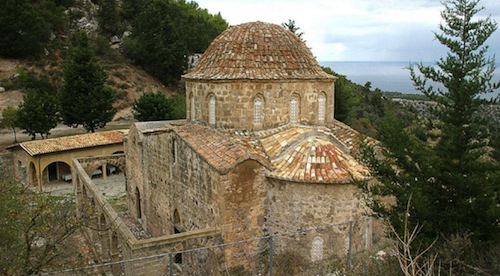 The government of the Netherlands decided to give back to the Church of Cyprus four portable Byzantine icons that date back to the 16th century, from the Antifonitis Church in occupied Kyrenia in Cyprus, which were stolen after the Turkish invasion in 1974.

These are the icons of the wooden temple with the Evangelists Mark and John, and the Apostles Paul and Peter. The decision of the government of the Netherlands to return the four icons was announced by the founder of the organization Walk of Truth, Tasoula Hadjitofi, during the international conference that took place in The Hague, with the topic Illegal art and repatriation.

Cyprus Ambassador, Kyriakos Kouros, signed an agreement of delivery-receipt of the icons, which will probably be transferred to Cyprus, on September 18.

Does Greece Have One of the Slowest Vaccination Roll-Outs in Europe?