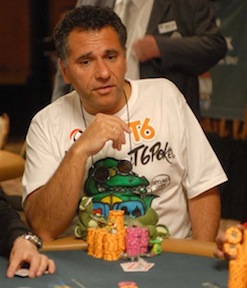 His nickname is Greek Crocodile and is considered to be one of the best poker players in the world. This is the Greek-Australian professional poker player “Billy” Vasilis Argyros.

After five days of incessant action, Argyros won the title of 2013 APPT Melbourne Main Event and $ 134,500 for his victory.

The tournament Asia Pacific Poker Tour Melbourne was attended by 309 players. Among them was Argyros. When the final game started, he was the player with the fewest chips. It is estimated that Argyros has won far more than a million dollars in poker events.