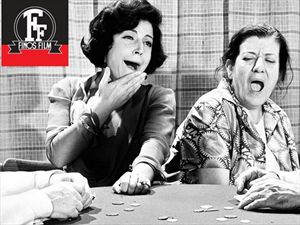 Finos Films, which created some of the great, classic movies in Greece. has been finally given its own channel on YouTube.
Internet users are now given the chance to watch films that marked the Golden Age of Greek cinema, in high quality picture and sound.
A number of some best-loved films are now available on FF official channel to view.
Since its premiere in early July, Finos Film’s YouTube presence has hit almost 9,000 subscribers- fans of the Greek cinema and nearly 330,000 views.
According to EnetEnglish, the channel was created by Yiorgos Xanthakis, a distant relative and heir to the wife of Filopimin Finos, who founded the company in 1939.
“We made a contract with Google and YouTube,” said Xanthakis, who now runs Finos. “There was was so much pirating of our films that we thought that instead of pursuing everyone who who illegally upload our movies to YouTube one by one, it would be better for us to upload them legally, through our own channel.”
Given that YouTube appeals to a different audience, the company said it believes that the free online availability will not affect DVD sales of its films.