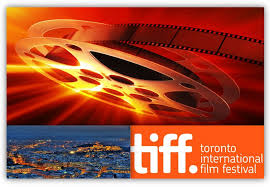 The 38th annual Toronto International Film Festival (TIFF), scheduled to be held from September 5 to 15, is hosting a special program named City to City, dedicated this year to Greece’s capital, Athens. A total of 366 films from 70 different countries are scheduled to be screened at the 38th edition of the TIFF, including 146 world premieres.

Te City to City category displays every year the film production of a certain city of the world, while enriching the festival with recent cinematic productions.

So, this year, ten Greek films, mainly created by young directors have been selected to be screened during the festival. These ten films were chosen for the boldness of their subject and the inventiveness shown by their directors and will bring to Canada a scent of Athens which is  suffocating from the crisis of the last years.

Cameron Bailey, Artistic Director of the Toronto International Film Festival made the choices of the Greek films along with Dimitri Eipides who was the programmer of the international part of the festival. As Eipides said at the press conference, “Athens was chosen this year to prove to the international film scene that the city’s young directors with minimum financial means have reinvented authentic cinema.

The following Greek films will be screened at the section City to City: Athens

The Daughter by Thanos Anastopoulos

The Eternal Return of Antonis Paraskevas by Elina Psykou

Standing Aside, Watching by Yorgos Servetas

To the Wolf by Aran Hughes and Christina Koutsospyrou