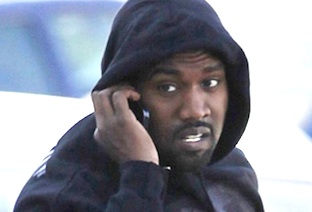 Kanye West has reportedly cut short his trip to Greece to return to his family.
West – who was in Mykonos with friends and was reportedly also promoting his latest album Yeezus – allegedly decided to return to Los Angeles after just two days in the European destination.
According to The Mirror, the rapper decided to make the trip home because he missed girlfriend Kim Kardashian and daughter North West too much.
West – who was said to look unhappy during his Greece trip – is reported to be very protective of his 2-month-old daughter, with some rumours claiming that he initially paid a doctor to check up on her every day.
Kardashian’s mother Kris Jenner recently defended her and West after President Obama criticized the way that young people look up to them.
“Kanye West, first of all, doesn’t go on vacation,” she said. “Ever. And Kim Kardashian is the hardest-working young lady in the world. She never sleeps, she never stops, she never slows down and works so hard for what she’s got.”