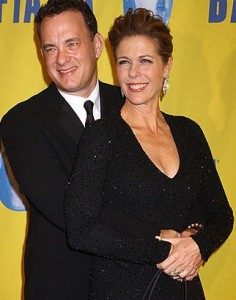 Celebrity couple Rita Wilson and Tom Hanks will take part in the 23rd Annual Simply Shakespeare benefit reading of “The Two Gentlemen of Verona.” The event, described as “a hilarious and entertaining evening of impromptu Shakespeare and song,” will be presented by The Shakespeare Center of Los Angeles (SCLA) on September 25 at The Broad Stage in Santa Monica, Calif.

Other stars participating include Sir Paul McCartney and William Shatner. Additional cast will be announced shortly. Tickets for the SCLA Simply Shakespeare reading of “The Two Gentlemen of Verona” go for $1,500, with sponsorship packages beginning at $6,000. All proceeds from the event support the SCLA and its arts-based employment programs as well as local arts education.

Since 1985, The Shakespeare Center of Los Angeles has been a hub of unique programs, performances and events designed to make Shakespeare accessible and engaging to all. SCLA’s outreach programs include “Will Power to Youth,” an academic enrichment program that combines hands-on artistic experience with paid job training and arts education for at-risk youth. The program has been nationally recognized for its effectiveness in reducing high school dropout rate and delinquency. SCLA’s “Veterans in Art” program explores how the arts can contribute in a meaningful way in the efforts to assist veterans to recover and reintegrate into mainstream civilian life.