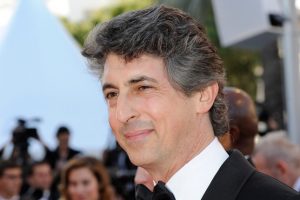 Director Alexander Payne and Paramount Pictures lost their appeal to the MPAA (Motion Picture Association of America) to overturn an R-rating for the Greek-American’s latest film, “Nebraska.”

Shot in Payne’s home state, the black-and-white flick centers on an estranged father (Bruce Dern) who calls on his son (Will Forte) to take him on a road trip from Montana to Nebraska in order to claim a million dollar sweepstakes prize.

The MPAA gave “Nebraska” its rating based on “some language.” Under MPAA regulations, an R-rating usually calls for “hard language,” and “may include adult themes, adult activity…intense or persistent violence, sexually-oriented nudity, drug abuse or other elements, so that parents are counseled to take this rating very seriously.” Teens under the age of 17 are not able purchase a ticket for the film without the accompaniment of an adult.

Payne and the head of postproduction at Paramount, Stephanie Ito, went before the appeals board to try and have the rating downgraded.

“Nebraska” is scheduled to hit theaters this November.

Check out Greek Reporter‘s recent interview with Alexander Payne, and what he had to say about the film: