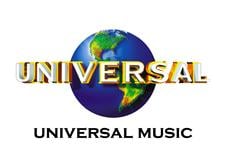 Following the recent acquisition of MINOS- EMI by Universal International, MINOS  has now become the Greek subsidiary for all Universal Music’s international releases under the continuing leadership of Margarita Matsa and her excellent team.
According to the official announcement by Universal International’s President, Max Hol, MINOS-EMI is one of the longest established record companies in Greece with roots reaching back to the 1930’s, and has been the leading record company in the country for many years now with the strongest and deepest artist roster and a rich catalog covering all genres.
Universal International has recently reorganized its business in Greece within the framework of the conditions agreed upon with the European Commission regarding the acquisition of EMI.
As Hol streesed, the former Universal Music Greece has been divest and is totally independent of Universal Music. MINOS-EMI remains the local licensee for Parlophone Label Group until further notice.