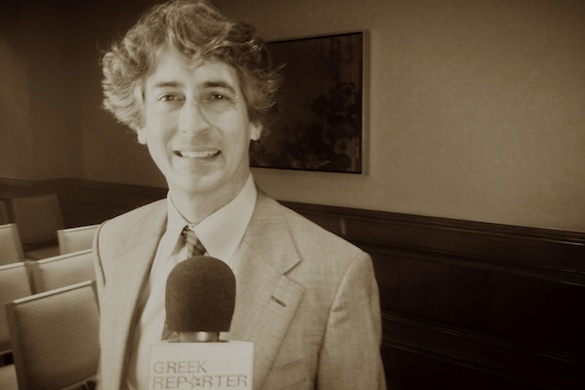 In an exclusive interview with Greek Reporter, Oscar-winning director Alexander Payne talks about his latest black and white film Nebraska, the state of American cinema and his connection to the land of his ancestors, Greece.

The Greek-American director also spoke about his famous speech the night he received his latest Oscar for “The Descendants”.

He also shared his dream which is to go to Greece and film a movie there after he improves the command of the Greek language.

Watch the full interview below:

Alexander Payne is one of the most acclaimed living Greek-American director and screenwriter. He is known for the films Election (1999), About Schmidt (2002), Sideways (2004) and The Descendants (2011). His films are noted for their dark humor and satirical depictions of contemporary American society.

Payne was born in Omaha, Nebraska, the son of Peggy and George Payne, restaurant owners. He is of Greek descent (his grandfather anglicized the last name from Papadopoulos).