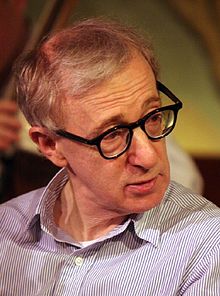 One of the greatest American directors, the legendary Woody Allen, will complete the cycle of films he has directed based on the most historic cities in Europe, with a movie-anthem dedicated to Athens. According to Greek media reports he is expected to visit Greece in May to scout locations.

After the films Vicky, Christina, Barcelona, Midnight in Paris, and From Rome with Love, Woody Allen is now preparing to film the Athens of the memorandum, bankruptcy and humanitarian crisis. According to information, his next film bears the provisional title Athens by Night and narrates the life of a young American writer who lives in Plaka, under the Acropolis, and writes an epic novel on the Greek crisis.

Rumor has it that Brad Pitt will play the role of the author, while Penelope Cruz will play the role of his Greek lover. Also, according to the same source, an 11-member team of Woody Allen’s partners is already in Athens, in complete secrecy, while for the first time in an Allen film, the script has been written by someone other than him, an American writer, Paul Auster. Allen is expected to arrive early May in Athens to start shooting and according to the the production company, the film will be completed by late September.
Earlier this year information leaked out about another new film by Allen, Blue Jasmine, and involves the story of a woman who migrated from New York to San Francisco. Further details have not been disclosed, while the same sources reported that the cast included – among others – Alec Baldwin, Cate Blanchett and Peter Sarsgaard.