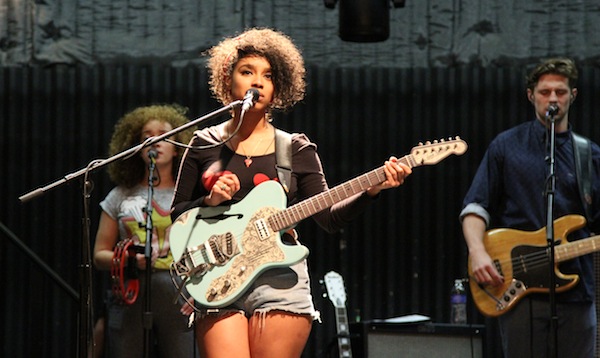 Lianne La Havas talks about her new album, Greek heritage and music in an exclusive interview with Greek Reporter from Los Angeles, CA.

Lianne La Havas has embarked on her first U.S. tour, and already shows are selling out across the country. The 23-year-old musician is performing to promote her latest release, Is Your Love Big Enough?, which was named iTunes Album of the Year at the end of 2012.

Raised in London, the talented singer, songwriter and multi-instrumentalist grew up around music. Her Jamaican mother introduced her to artists like Jill Scott and Mary J. Blige, while her Greek father, an accomplished instrumentalist, taught her to play guitar and piano, just to name a few. Born Lianne Barnes, she later took on her father’s surname – Vlahavas – and altered it slightly to become Lianne La Havas. Her first album, Lost & Found, was released in 2011. She then signed with Warner Bros. Records, releasing Is Your Love Big Enough? in 2012. Now, her career – and fanbase – are steadily rising.

With shows in numerous U.S. cities over the next few weeks, La Havas made a stop in Los Angeles for two performances at the El Rey Theatre, which is where we caught up with her to chat about her album, musical influences, and her Greek heritage. Watch the exclusive interview below: