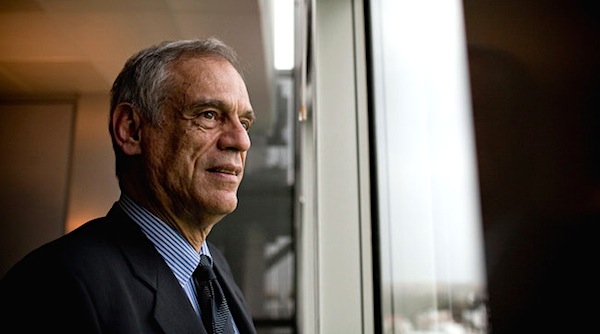 Michalis Sarris, the Cypriot Finance Minister, has resigned on Tuesday.
Only three weeks into the job and taking the blame for failing to stand up to Eurozone demands to force the confiscation of up to 9.9 percent of Cypriot bank deposits as part of a bailout scheme, Finance Minister Michalis Sarris handed his resignation to the President of Cyprus.
However, Cyprus President Nicos Anastasiades has rejected Sarris’ resignation.
Sarris, 67, a well-known economist, will be the first fall guy for the scheme that has enraged Cypriots and led analysts to speculate it could start a run on the banks. He was to be replaced on March 19 when he returned from Moscow where he met with Russian officials furious over the plan as Russian citizens have about 30 percent of the 68 billion euros ($87.4 billion) in Cypriot banks.
Sarris was appointed on Feb. 25 as Cyprus’ point man in bailout talks. The lenders offered a 10 billion euros ($13 billion) rescue plan but insisted on the confiscation tax. Sarris had served under a previous Cypriot administration which successfully ushered Cyprus into the euro zone in 2008. He has good contacts in Europe and the U.S., where he was based for years as a senior economist for the World Bank.
Sarris was reported to have fallen out of favor with newly-elected conservative President Nicos Anastasiades following his handling of the crisis in which the finance minister put up no objections to the idea of making Cypriot depositors help pay for the bailout of the banks that was not their fault.
Anastasiades had campaigned against the plan but agreed to it immediately as well after it was put forth by Eurozone officials late on a Friday night, March 15, ahead of a three-day holiday in Greece and Cyprus. Media reports said that the President had also not objected to seizing 6.75 percent of the monies of depositors under 100,000 euros because he didn’t want to put heavier taxes on rich depositors amid charges the country is a money-laundering haven for wealthy Russians and mobsters
The head of the Financial Committee of the Cypriot Parliament, Nikolas Papadopoulos, a Democratic Party (DIKO) deputy , asked for Sarris to be replaced to show Cypriot resistance to the EU and international lenders and to appease Russia. DIKO is a member of Anastasiades’ uneasy coalition government.