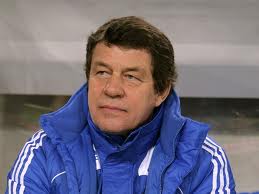 The former coach of the national football team of Greece, Otto Rehhagel, is going to visit Greece by the end of March, as a delegate of Chancellor Angela Merkel to contribute to efforts restoring the relations between the two countries and to boost Greek tourism.

According to the German newspaper Bild, Rehhagel responded to the German Chancellor’s desire, who seeks to support the Greek development effort and to improve relations between the two countries. During his stay in Athens, the German coach will meet with both the President of the Republic Karolos Papoulias, and the Prime Minister Antonis Samaras.

“He is considered a hero since the 2004 Euro victory,” the newspaper cited, while Rehhagel himself, speaking to Bild, said that the issue was raised not only by Merkel but also by the president of the German Football Association, Wolfgang Niersbach who asked him to assist them.

“I would gladly do that, because I know that my name represents a positive image in Greece. Let us not forget that in 2004 we won the European football championship. Nobody could believe it, but we did it. For this reason I want to encourage my friends in Greece, ” Rehhagel noted.

New York is the Athens of America, Says Eric Adams in Greece Visit