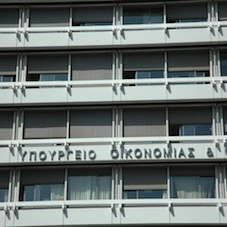 Amid fears last year of a run on Greek banks when the country edged close to default, Greece’s central bank had billions of euros of banknotes shipped in from other central banks to make sure there was enough money on hand to keep banks from toppling, the newspaper To Vima reported.
At the time there was widespread speculation that Greece might leave the Eurozone and return to the ancient drachma, leading many Greeks to pull out billions of euros of savings, stashing their cash under mattresses or in safe deposit boxes.
“While many talked about a lack of liquidity in the economy, the cash circulating … had no historical precedent,” the paper said, citing central bank officials it did not name. Central bank officials could not immediately be reached for comment, it added.
Cash in circulation jumped to 48 billion euros ($62.4 billion,) about a quarter of the country’s Gross Domestic Product (GDP), in June 2012, from 20 billion euros ($26 billion) before the crisis erupted, way above normal ranges of 6 to 8 percent of GDP in developed economies, the paper said.
To meet the high demand for cash, the Bank of Greece had loads of banknotes secretly airshipped from abroad, feeding it to banks throughout the country to avoid shortages that could have intensified worries and set off a bank run. The Bank of Greece only prints 10-euro banknotes. Greek banks lost about a third of their deposits after the debt crisis exploded in late 2009. Without access to wholesale funding markets, they came to depend on the central bank for their liquidity needs.
Uncertainty decreased over the country’s future in the Eurozone after a second round of elections in June last year, which led to a three-party pro-bailout coalition government and a return of deposits to banks. Official data released last month showed 10.4 billion euros ($13.53 billion) had come back to the system. Business and household deposits stood at 160.9 billion euros ($209.43 billion) at the end of January.
The country’s uneasy coalition government led by Prime Minister Antonis Samaras has secured $69 billion in more rescue monies as part of a second bailout of $173 billion, quelling talk of a Eurozone departure for now.