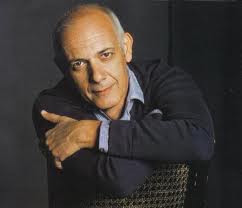 According to the newspaper Democracy, popular actor, filmmaker and producer, George Kimoulis, is being sought by authorities who issued an arrest warrant for him for failing to pay 200,000 euros ($271,500) in taxes.
The paper said he had not contacted tax officials until Feb. 1 and was in hiding, reportedly trying to raise the money to pay what he owes.
Police went to his home as well as the theater where he plays but was at neither place. Theater officials informed the audience that one of the scheduled performances had to be canceled because the leading lady, Dimitra Matsouka, was ill, but Kimoulis did not show.
In 1996, Kimoulis founded a drama school, which closed a few years later. Last summer he made a tour throughout Greece with the theatric piece Don Juan, the Return, with a troupe of actors, including Tamila Koulieva and Fay Xyla.
According to Espresso journal, the actors never got paid, even though the play was a success, and they were left with financial problems. It’s common in Greece for performers, including musicians, to play and then be told at the end of the show there isn’t enough money to pay them even if it’s a full house.
Turkish journal Hurriyet also reported on Kimoulis’ debt and said that another well-known actor, Kostas Arzoglou, might lose his home as he is unable to pay the  mortgage. It wasn’t said if that was related to Kimoulis’ problems in any way. “One of the most affected by the economic crisis jobs is this of the actor,”, the Turkish newspaper said, citing data that 89 percent of them are unemployed.
Greek TV stations increasingly have turned to buying Turkish TV serials to replace the higher cost of producing Greek shows, making life even tougher for actors during Greece’s crushing economic crisis and record unemployment rate of 26.8 percent caused by austerity measures imposed by the government on the orders of international lenders.
Greek law does not yet allow jailing of convicted tax cheats and a well-known singer, Tolis Voskopoulos, who was found to have evaded 5.2 million euros ($7 million) in taxes, was given only a suspended three-year sentence and his $10,000 fine was waived by the courts.