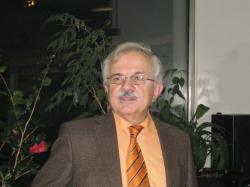 The World Council of Epirotes Abroad condemned Albania Prime Minister Sali Berisha’s statements about a “Greater Albania,” that includes Greek territories. His remarks came ahead of celebrations to mark the centenary of his country’s independence, in Aulona, and led Greek Foreign Minister Dimitris Avramopoulos to cancel a planned visit.

“We were surprised to hear about Mr. Sali Berisha’s nationalistic remarks, which we condemn,” the World Council of Epirotes Abroad stated. “At these moments that all Europe makes efforts to fight racism and nationalism, which is developing increasingly, the Prime Minister of Albania adds fuel in the fire making these without precedent comments in regard to ‘a Greater Albania,’ posing in this way a huge problem to the diplomatic efforts on behalf of Greece for greater neighborly relations with Albania.”

The Panepirotic Federation of Australia joined in the condemnation. It said in a statement: “The Northern Epirus Greeks living in Albanian territories, feel at such moments that they are not sheltered. In these regions where Northern Epirus Greeks are living, and which are included legally in Greek territories, there is an intense Anti-Greek action terrifying them. The Panepirotic Federation of Australia urges the Prime Minister of Albania to revoke (his comments) since in this country, Greeks are and will always be a timeless reality.”