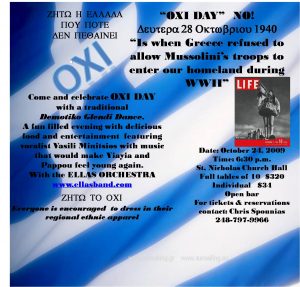 Orthodox Metropolitan Augustine of Germany’s Ecumenical Patriarchate has condemned what he called “xenophobia and racism, wherever they’re coming from,” noting an increase in racist and anti-immigrant attacks in Greece.

Speaking to the Greek version of  Deutsche Welle, he stressed that, “When such events occur, the Church cannot remain silent,” although the Greek Orthodox Church in Greece said nothing about an anti-blasphemy protest in Athens that included assaults.

He also said that because of Greece’s crushing economic crisis that has put two million people out of work and increased hopelessness that there should be a return to spirituality. He noted that Greeks living in Germany share concern over the fate of their homeland.

His remarks came as Greeks of the Diaspora noted Oct. 28, Oxi Day, the refusal of Greece to surrender to Italy at the beginning of World War II, an event remembered by The Federation of Greek Communities of Germany.