GRNews
GreekReporter.comGreek NewsRomney Angers Greek-Americans with "...down the path toward Greece" comment

Romney Angers Greek-Americans with "…down the path toward Greece" comment 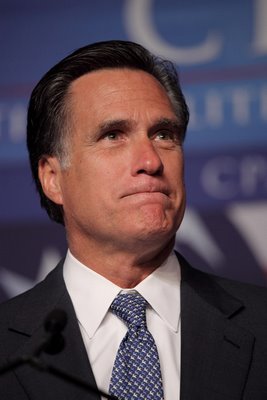 Republican presidential candidate Mitt Romney made Americans of Greek descent furious with his “…down the path toward Greece” comment during the third and last presidential debate. Romney kept mentioning Greece as an example for mismanagement and bad economy. Posting negative statements on social media, Greek Americans showed a great amount of anger towards the Republican candidate after his comment.

While Greece is in fact in trouble and would have defaulted on its debt if the IMF and EU had not given loans, there are many countries in the world that are in an economic crisis. Romney decided to keep using Greece as the bad example and not mention Spain, Portugal or even Iceland that had defaulted on its debt.

Romney’s campaign advisers must have underestimated the number of Greek-American voters which the candidate has greatly disappointed.

According to the 2007 U.S. Census Bureau estimates, there were 1,380,088 people of Greek ancestry in the U.S. while the State Department reports that around 3,000,000 Americans claim to be of Greek descent. The 2000 census revealed that Greek was spoken at home by 365,436 people older than five.