GRNews
GreekReporter.comGreek NewsEconomyFAGE Moves its Headquarters from Greece to Luxembourg

FAGE Moves its Headquarters from Greece to Luxembourg 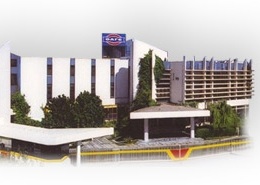 Dairy giant FAGE announced that is transferring its headquarters to Luxembourg from Greece. The move is considered a step for the company to  reduce its exposure to the Greek financial crisis. Luxembourg also offers a favorable tax environment and better access to bank funding.
The FAGE Group completed an internal restructuring designed to enhance the efficiency of the Group’s corporate structure and to better reflect the increasingly global nature of the Group’s business.
The newly formed Luxembourg corporation is the parent company for all of the Group’s operations and it will be controlled by Messrs. Ioannis and Kyriakos Filippou.
FAGE’s operations in Greece are held though its Greek subsidiary, FAGE Dairy Industry S.A. (the Group’s former parent company).
The FAGE Group began its business in 1926 with the establishment of the first dairy shop in Athens by the family of Mr. Athanassios Filippou, the grandfather of today’s Chief Executive Officer and Chairman. Following the restructuring, the Group remains 100% owned and strategically led by members of the Filippou family.
Athanassios Filippou, FAGE’s Chief Executive Officer, stated: “We are pleased to announce this corporate restructuring, which builds on our Greek heritage while positioning us to compete even more effectively in the global marketplace.
The worldwide demand for our products continues to grow and we are poised to take advantage of market developments in Europe, North America and wherever else they may arise.”
Athanassios-Kyros Filippou, FAGE’s Chairman, stated: “This restructuring reflects the fact that our dairy operations have grown from our base in Athens to become an increasingly international business. We are committed to growing our business together with our investors, customers and suppliers, and to maintaining an efficient organizational structure that helps us to accomplish our goals.”
FAGE is one of the leading Greek dairy companies and sells a wide range of branded dairy products, including yogurt and dairy desserts, milk and milk creams, and cheese. These products are produced and sold in Greece and the United States, and exported from Greece to 29 other markets globally, including the United Kingdom and Italy.