GRNews
GreekReporter.comHollywoodActor and Football Player Alex Karras Passes Away at 77

Actor and Football Player Alex Karras Passes Away at 77 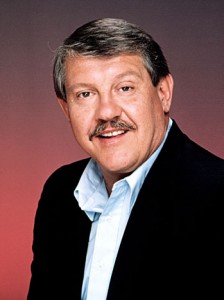 Alex Karras, a former lineman for the Detriot Lions, and later a Hollywood actor, has died at the age of 77 at his home in Los Angeles. He suffered from kidney disease, heart disease, stomach cancer and dementia, said his family in a statement released today.

Born in Indiana to a Greek father, who was a doctor, and his mother, a nurse, Alexander George Karras played for the Detroit Lions from 1958-1970. After his career in football ended, Karras moved onto Hollywood, working in both television and movies. He played himself in the big-screen adaptation of George Plimpton’s book “Paper Lion,” about a young quarterback on the Lions. He also starred as George Zaharias in the television movie “Babe,” appeared on “The Odd Couple,” “M*A*S*H,” and in feature films like “Porky’s” and “Victor/Victoria.” But it’s his role on the hit “Webster” as George Papadapolis that most may recognize the talented Greek-American from.

Karras kept his foot on the sports field later on, working with the popular program “Monday Night Football” for three years. He also wrote two books – a novel, “Tuesday Night Football,” and an autobiography, “Even Big Guys Cry.”