GRNews
GreekReporter.comGreek NewsEconomyMost Alzheimer's Patients In Greece On Their Own

Most Alzheimer's Patients In Greece On Their Own 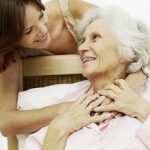 There are now about 200,000 people in Greece suffering from Alzheimer’s Disease, the dreadful ailment that leaves them unable to remember, at the same time government funding for health care is being cut back by some 45 percent. Hospital officials said that there are not enough resources to help the afflicted.
Health care officials said a number of neurological units designed to help the patients are being kept open only because of the assistance of Non-Governmental Organizations (NGO’s.) Because of the lack of government resources, patient advocates said only about 5,000 people can be helped, leaving 195,000 on their own.
The only Alzheimer care units now open, thanks to NGO’s, are in Thessaloniki, Volos, Athens, Chania and Rhodes. Prime Minister Antonis Samaras is seeking to make further cuts in health care programs.