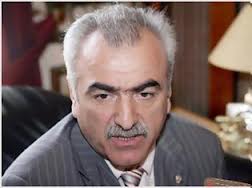 Russian lawmaker Ivan Savvidi, after earlier talks failed, has acquired a controlling stake in Greece’s ailing football club PAOK for about 10 million euros ($12 million,) the Russian news agency RIA Novosti reported, citing unidentified sources familiar with the deal.
Savvidi, a Russian of Greek-Pontian descent, owns agriculture and tobacco business in southern Russia and his Donskoy Tabak is the largest tobacco business in the country. He will try to revive the sagging fortunes of the ailing team in Thessaloniki, which consistently has failed to challenge the country’s dominant duo, Olympiakos and Panathinaikos.
It’s not the first time Savvidi chose to acquire stakes in a football club. Between 2002 and 2005, Savvidi was President of FC Rostov, a Russian association football club based in Rostov-on-Don. Since 2005, Savvidi has been Chairman of FC SKA Rostov-on-Don.
Savvidi is married to Kyriaki Savvidi, with whom he has two sons, Giorgos and Nikos Savvidi.
Savvidi is President of the Federation of Greek Communities of Russia, and was a key figure in pushing for the newly-created region by SAE – World Council of Hellenes Abroad for the Greeks of the Diaspora in the Black Sea countries.