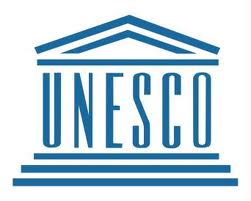 UNESCO organized a conference on the  protection, theft and repatriation of antiquities all over the world which was held on June 19-22 at its office in Porto, Portugal. Greece was among the participants of the 3rd International Conference on Heritage and Sustainable Development, and was represented by officials of foreign affairs, education and culture ministries.

During the four-day event, president of the Acropolis Museum D. Pantermalis and director general M. Andreadaki-Vlazaki presented Greece’s appeal to the British Museum for the return of the Parthenon Marbles to Greece, to be housed at the modern Acropolis Museum.

According to an announcement published by the Ministry of Culture, representative of the British side was Mrs Bauer who “repeated the already known arguments of the British Museum, that marbles are under supervision and management of the Museum which is the only legal administrator of the marbles, according to the Brits.” However, Mrs Bauer “appeared positive on Greek suggestion to present in 3D the frieze of the temple, parts of which are displayed in both Athens and London.”

“Everyone agrees that this year’s representation of Greece was really successful,” concludes the Ministry. “For the first time, representatives of other countries did not just support Greece in general but also asked to express their positive opinion on this issue (such as representatives of Turkey, Peru, Guatemala, Cyprus, Argentina and Cambodia).”