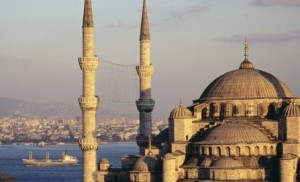 An important manuscript was discovered in Topkapi Palace in Istanbul. Topkapi was the residence of the Ottoman sultans for almost 400 years. The manuscript found is of significant meaning, because it consists of information regarding the years before the Fall of Constantinople in 1453, but it also describes the early years after Constantinople was turned into Istanbul and became capital of Turkey.

The document belongs to Michael Critovoulos, a Greek politician, scholar and historian, who lived between 1410 and 1470. His birth-name was Kritopoulos, but he changed it to sound more ancient Greek-like.

He experienced the Siege and Fall of Constantinople and wrote about Mehmed II the Conqueror.

The discovery sheds light on issues, such as taxation during the Fall, relationships between Greeks and Ottomans, the contention between Venetians and Genoese.

Critovoulos refers also to the construction of the Rumeli Hisari fortress, which was the knockout blow for the Byzantine Istanbul. The chronicle of destruction and looting of the city by the Ottomans, in order to make it their capital, is also mentioned.

His book, according to the Turkish website Hubermonitor.com, was printed with the contribution of the Pavlos and Alexandra Kanellopoulos Foundation. This will be a bilingual issue, having the original manuscript and the Turkish translation by Aris Tsokonas on the one page and the colourful photocopy of the text on the other.

The book will be presented at Pera Museum, located in Istanbul, on May 21.