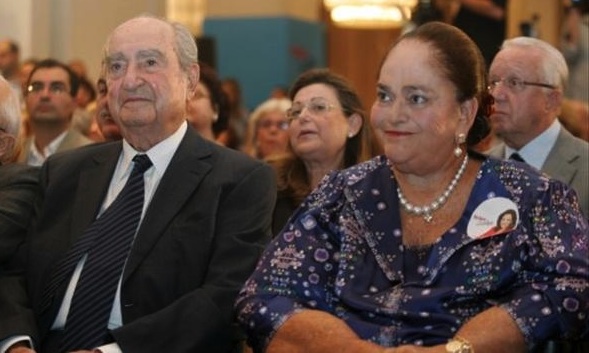 Marika Mitsotakis, wife of Konstantinos Mitotakis, former Greek Prime Minister and honorary President of the New Democracy political party of Greece, died in the first morning hours, on Sunday May 6th, in Athens.
The 82-year-old woman who was suffering from a viral disease called Poliomelitis was hospitalized at the Evgenidion Hospital since April 17. Members of her family, including her husband and children, had been visiting the hospital all these days.
Marika is the mother of four children, including Dora Bakoyannis, president of Democratic Alliance party, and New Democracy MP Kyriakos Mitsotakis. She has also 13 grandchildren. Marika has had issues with a walking disability after contracting polyomielitis in a swimming pool at the age of 17.
Her death came on election day, when two of her children are up for re-election in the Greek Parliament.
Mitsotakis had been an activist for people with disabilities and recently she had published a cookbook.