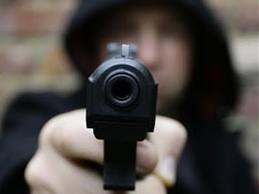 The impact of the financial crisis is not only economic, as many have already observed; ethics, culture, education are only some of the affected areas. The crisis seems to be connected with the high criminality rates of the Greek province.
Many rural areas suffer from frequent thefts by large groups of gypsies. The civilians try to safeguard their lives and houses from these raids by forming “guarding troops.” The elderly who are unlucky enough to live in the province are defenseless and claim that they avoid walking out on the streets, as many attacks have been reported.
An article in the Greek newspaper To Vima reported that water pipes, railway tracks and DEI (Public Power Corporation) cables are often stolen, causing great economic damage to the Greek state, according to rural residents. The financial crisis has apparently made matters worse for the province. Many gypsy families lost their state benefits which they had been illegally receiving for years and are now in search of new “resources.”
A typical example is Etoliko, a small island in the lagoon of Messolonghi, which is linked to the mainland with two bridges. Five thousand citizens are suffering lately from increased crime affecting mostly elderly and women. The majority of the theft cases are jewelry and money, while house burglaries and car “disappearances” have dramatically increased.
According to Etoliko police data, underage gypsies are the culprits of the raids. Their age doesn’t facilitate their immediate arrest and they are left free to engage in their illegal activities until the court date.
Etoliko is unfortunately not the only area where a high theft and gang-related attack rate is reported as a result of gypsies’ activities. Ariochori in Messinia is also devastated by gypsy thefts and burglaries, while a few weeks ago three young people were injured in their effort to fight back gypsy thieves.
Greek police arrested many gypsy suspects in Zefgolatio and Kiato of Korinthos, and confiscated stolen personal computers, weapons, etc. But the problem is not over yet, as a permanent solution has yet been found; the state needs to take serious measures to prevent more attacks and protect residents of the Greek province.