University of Sydney Hosts Conference on Greek Crisis and Criticism 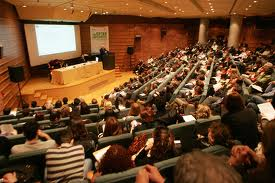 The profound impact of the crisis on all levels of contemporary Greek life has already generated a systematic critique of the overall structure of the modern Greek state, creating a need for exploring this phenomenon.

The conference will take place December 7-9, 2012 at the University of Sydney and aims to analyze the impact the crisis has had on Greek studies abroad.

The conference is dedicated to the exploration of the new cultural paradigm that is emerging for Greek studies and aims to investigate the parameters and the coordinates of the new critical self reflection that is likely to shape Greek studies in the near future.