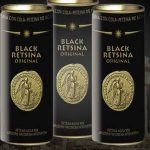 Who could ever imagine that an idea for a new drink among a group of friends in Crete would become famous enough to enter foreign markets, and lead to the product becoming Germany’s favorite drink!

Miltiadis Roumeliotis from Greece recalls this night in Rethymno of Crete, when he ordered his drink of retsina with coke. After having consumed a couple of bottles of retsina with coke, he had the idea of bottling the ‘cocktail’ in order to introduce it to consumers in Germany, where he currently lives and works.

Miltiadis Roumeliotis was born in Germany to Greek parents from the Greek city of Drama. He had been interested in creating his own business since childhood. After he had been qualified as an Engine Fitter and finished his military duty, he returned to Nuremberg in order to create his own common carrier.

Today, he is a wholesale dealer of drinks, and travels throughout Europe. Roumeliotis stated: “I had never thought of dealing with the beverage industry. Ten years have passed since this night in Rethymno.”

In the beginning, Roumeliotis imported retsina from the Koropi region in Greece and was arranging the bottling of the drink on his own. He named his drink ‘Black Retsina’, promoting it like a new cocktail.

The drink first entered the markets in Munich in 2007, and then in Thessaloniki of Greece, but its establishment in Greece was hindered due to the narrow-mindedness of Greeks.

“Greek authorities confiscated the first batch of the drinks that arrived in Greece, claiming that some ingredients that should be written on the bottle had been left out, without defining what they were”, Roumeliotis emphasized.

“I made corrections concerning the ingredients, I found new suppliers, and then I promoted the reentry of the product in the markets. Today I am cooperating with the Association of Retsina Producers of Patras, and the drink is available in Germany, Holland, and Austria, while in the Czech Republic and Great Britain it will be available very soon. Greece still shows distrust against the product. No problem, we are patient”, Roumeliotis concluded.