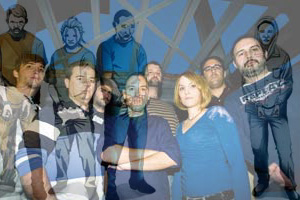 Nineteen Greek game developers and members of the Hellenic Game Developers Association (HGDA) have come together to collaborate on creating a videogame for Amnesty International. The videogame aims at raising awareness about the abolition of the death penalty around the world.
The game was produced and written by Thanasis Triantafillou, executive produced by Tasos Flambouras, and programming was lead by George Kazamias at the offices of the Hellenic Game Developers Association (HGDA). The team has worked for almost two months to design the videogame for the Greek branch of the human rights organization.
The Greek team has tried to create a videogame that would both communicate the organization’s message and be fun to play.
Amnesty – The Game is available at amnestygame.com. Players become an Amnesty International advocate for an inmate sentenced to death in one of the six countries that still practice the death penalty: the United States, Iran, China, Belarus, Mongolia, and Saudi Arabia.
The prisoners of the game are not presented as good people but are rather accused of crimes which they might or might not have done. The basic concept revolves around saving the inmates from capital punishment by organizing campaigns, protests and petitions, and thus demonstrating the reasons why the death penalty should be abolished.