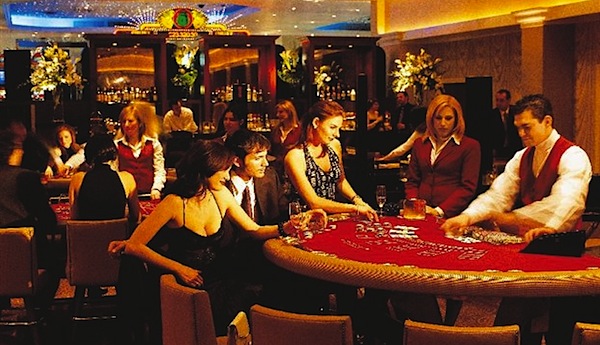 Prior to the crisis, Greeks were amongst Europe’s most avid gamblers -in fact when it came to sports bets, they accounted for 20 percent of the European market and 20 percent of the global-not to shabby for a country with  a population less than 11 million. But then the crisis hit and cashless Greek gamblers took it down a notch and started saving up those precious Euros (who knows for how long they will have Euros anyways).
Casinos Under Pressure
Crisi’s effects on the country’s casinos both in Athens and Thessaloniki  have been stark – gross gaming revenue in Greek casinos has fallen by around 20 per cent in a year. The number of players hasn’t reduced, but the average betting amount per game has,as crisis hit Greek gamblers  simply can’t get their hands on cash.   The situation is really difficult as casinos  pay their  employees and suppliers but the crisis  keeps making the situation worst by the day.
“We have lost at least 20 per cent of our gross gaming revenue over the past years. We’re still profitable at the moment but we observe with concern the negative development” says  a source from Regency, the company that owns the two biggest casinos in Athens and Thessaloniki. Regency Mont Parnes lost 22.7 percent and so did Regency casino in Thessaloniki. But things don’t look much better in Loutraki where another leading casino is situated  which recorded an 18-percent fall in turnover. Five other Greek casinos saw revenues decline by between 3.5 and 25.6 percent. In total, casino bet revenues will likely close at 2.2 billion euros this year, a billion lower than in 2008.
“The worst move would be to cut our services to clients. But we will still have to guarantee the best possible quality, including undergoing an internal reorganisation, to make sure that people don’t stop coming to the Casinos… And we are hoping for an upswing in the economy…If the crisis doesn’t ease we’ll also have to make staff cuts,” says a  casino insider in Athens.  And the future? “We can’t predict the situation for everyone but it’s realistic to assume that casinos will have to reduce their costs and investments if the crisis worsens”.
Crisis Brought Electronic Gaming Back
Greece is known for not applying the laws the parliament votes for, but it’s also known for voting laws that simply don’t agree with common logic. In 2002, the government had banned electronic gaming and sent police to raid Internet cafes, arrest operators and seize their hardware. The decision was ridiculed after the draconian law applying it even extended to online chess and backgammon, and the European Commission later forced Greece to pay a fine over the issue.
Now, with the country over 350 billion euros in debt and no growth forthcoming from an economy choked by austerity measures, state policy has come full turn.
The government recently sold to OPAP licenses for thousands of new video lottery terminals nationwide, and early next year plans to sell most of its 34-percent stake in the gaming operator and to fully privatise ODIE, its troubled horce racing organisation.
The culture ministry, which supervises gaming in the country, earlier in the year said there were believed to be over 250 betting websites, up to 20,000 slot machines and up to 150,000 computers running gaming programmes in the country.
And the head of Greece’s recently-established gaming commission EEEP told parliament earlier this month that the illegal turnover from all games of fortune in the country is estimated to be worth seven billion euros a year.
“People wager smaller sums now but it can still add up to hundreds of euros a month,” said Damianos, a store salesman. “I have a colleague here who plays Kino (an online number-guessing game operated by OPAP) three times a day, even though his winnings never match the money he spends.”
(Sources: AP, Eleytheros Typos, Pontiki)