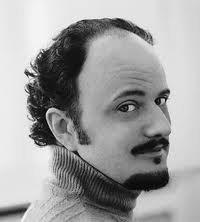 If you’re wondering why Jeffrey Eugenides publishes only one book each decade, here’s a clue. His latest novel, The Marriage Plot, grew out of an idea for another book, but he scrapped it and started over from scratch. He may not be prolific, but he’s earned a reputation as one of the great American novelists of the contemporary era.

His first book, The Virgin Suicides, was a dark but funny story of five sisters who each take their own life. The book caught the attention not only of critics, but also of first-time film director Sofia Coppola, who directed Kirsten Dunst in the film adaptation.

Nine years later, Eugenides dropped his second novel, proving he wasn’t just a one-hit wonder. Middlesex was hailed as brilliant, the story of a Greek-American man who was raised a girl. It won a Pulitzer and was even celebrated by America’s most powerful book club when Oprah Winfrey took note.

Now, another nine years later, he’s back with The Marriage Plot, which explores — in these days of high divorce rates — the importance of love, marriage and that fairy-tale ending. Eugenides dropped by the studio to speak with George Stroumboulopoulos about marriage plots, Oprah and why he takes so long in between publications.

A decade is a long time, but Eugenides has accepted that he’s just slow. “Time flies when you’re in despair,” he quipped. “I have a tough time writing, I write slowly.” Not to mention that three years of work he threw out when he realized he was working on the wrong story. “The Marriage Plot began as a whole other book,” he said. “I did three years on that and had to throw it all away. This book emerged out of that book.”

But why, after writing about teen suicide and hermaphroditism, tackle “the marriage plot,” an outdated plot device in this age of quick divorces and pre-nups? “I was trying to see what energies of the original ‘marriage plot’ I could access, and how I could violate the traditional marriage plot as well,” said Eugenides. “The idea was to try and reanimate or reinvent the marriage plot, which is the foundational plot of novels from Jane Austen to Henry James.”

He’s quick to add, though, that his novel is nothing like a Jane Austen novel. “There’s too much sex in it, for one thing,” he joked.

But even though the ‘marriage plot’ seems outdated, Eugenides said, “it still works in our heads. We still have this idea that we might be destined in love to meet the perfect person. And my characters here are struggling with this notion, in that they are trying to both find a mate, and to reject this idealized notion.”

The novel is set in the early 1980s, when Eugenides himself went to college. He shrugs off suggestions that the book is autobiographical, though admits to certain resemblances. “All of the characters bear a strong resemblance to me,” he said. “Mitchell Grammaticus, the half-Greek guy, is the most like me, and that was the hardest role to write, because my own memories kept competing with the fiction I was trying to create.”