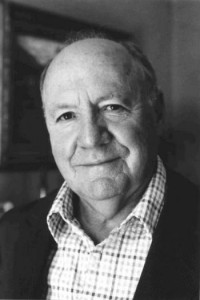 He completed his secondary education at Newington College, Sydney and then he entered Sydney University Medical School at the age of 16 as a recipient of a Commonwealth Government Scholarship. As a university student he appreciated the medical and surgical experience gained at the Grafton Base Hospital with doctors Mulhearn, Harris and Holland.

He did his clinical undergraduate studies at Royal Prince Alfred Hospital, then returned to the hospital as a junior, then senior, medical officer. To gain experience abroad, he travelled to England as a ship’s surgeon on a cargo vessel and took work in London.

Notaras continued his studies while working at Hammersmith Hospital. He obtained fellowships of the Royal College of Surgeons of Edinburgh and the Royal College of Surgeons of England. He was also a senior registrar and Medical Research Council fellow at St. Mark’s Hospital for Colorectal Diseases in London, and a senior registrar in surgery at University College Hospital in London.

Dr. Notaras was also a fellow of the American College of Surgeons and he held a number of consultant posts, including senior lecturer and honorary consultant surgeon at University College Hospital in London and was a consultant surgeon to the Italian Hospital London, St Luke’s Hospital for the Clergy, and Barnet and Edgware general hospitals.

Dr. Notaras established a company, Abgene (later taken over by Apogent Corporation, USA). Abgene became a leader in Europe, specialising in the manufacture of molecular biological reagents, special plastic consumables and instrumentation for life sciences. It also became involved in research, both inhouse and through collaborations with universities and industrial partners, particularly in gene and DNA technology.

As a form of appreciation towards his Australian citizenship and the people of the country where he was raisd, he funded a million dollar scholarship in perpetuity in colorectal surgery, the Mitchell J Notaras Fellowship in Colorectal Surgery. The fellowship provides an opportunity for aspiring young Australian surgeons to spend three years involved in colorectal clinical work at Royal Prince Alfred Hospital, colorectal research, and a period of one year abroad at a centre of excellence.

After his retirement, Dr. Notaras returned to his grandfather’s house on the island of Kythera, Greece, where he became involved with the Kytherian community. He purchased the equipment needed for the local hospital and the retirement home.

Dr Notaras regularly travelled to Australia including Grafton where he, along with his brothers Angelo and John, and cousin Spiro, restored the heritage listed Saraton theatre as he “wanted the Clarence Valley to have the best”. The theatre was originally built by his father and uncle in 1926.

Dr Notaras was a prodigious reader throughout his life, and in his retirement, and a man of great knowledge. He died in the town of Frilingianika, on the island of Kythera, Greece, on the 30th July, 2011.