Greece Sends “Attenberg” to the Oscars; Lanthimos May Walk the Red Carpet Again 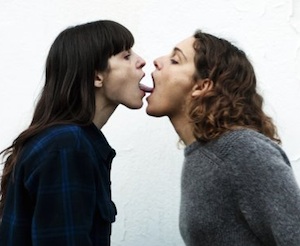 “Attenberg” directed by Athena Rachel Tsagkari was selected by the Greek Film Academy to be submitted in the Foreign Film category for Oscar consideration. In the film stars Yorgos Lanthimos, director of this year’s Oscar nominated “Dogtooth.”

The story is about love, death, obsession and family ties that motivate the characters in this offbeat drama. Marina (Ariane Labed) is an eccentric woman in her early 20s who has few friends and is physically repulsed by men, though she isn’t satisfied by sex with women. One of the few things that bring Marina happiness is a high-rise block of flats in the industrial town where she was born; while the building is plain and unexceptional, there’s something about the place (built to house the workers at an aluminum processing facility) that fascinates her.