Sid Ganis Talks about the Upcoming Oscars and “Dogtooth” 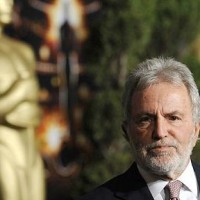 We met Sid Ganis at his company’s office at the Sony studio. The Greek-American was the president of the Academy of Motion Picture Arts and Sciences for four years and currently serves as Vice President. He talked to us about the upcoming Oscars, Greece’s nomination, and his upcoming projects.

He owns “Out of the Blue Entertainmant”, a movie production company. His family comes from Yanena, Greece and he is one of the most proud Greeks of the Hollywood community.