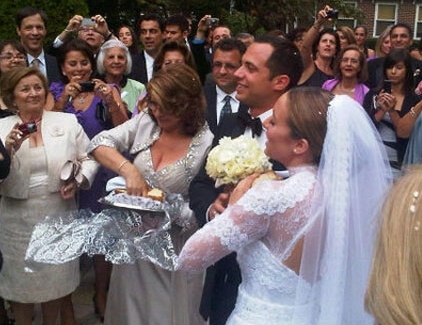 The favorite sweetheart of Greek’s around the world, singer Kalomoira Saranti got married yesterday to fiancé George Bousali in a traditional Greek ceremony held at the Saint Paul’s Church of Long Island, NY.

The young couple followed all the Greek wedding customs. Their house was beautifully decorated for the wedding, and the family was accepting all day friends and relatives, coming to give their best wishes. Kalomoira was given away to her new husband by her father, who was deeply moved with his daughter’s happiness.

The wedding was originally to take place in Lakonia, Greece, but was finally held in the church Kalomoira was baptised, because of some health problems currently faced by the mother of the groom.

The ceremony was followed by a 500 people wedding party, where everybody had an amazing time.

Paul Vallas: The Greek American Promising to Save Chicago