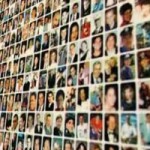 Nearly 3,000 people died when terrorists flew two hijacked airplanes into the World Trade Center on September 11th, 2001. Among the victims were thirty-eight Greek Americans. Two of the victims were crew members of the planes and the remaining were in the twin towers. At approximately 4:00 pm. Archbishop Demetrios proceeded to the site of the destroyed St. Nicholas Church for a Memorial Service for the victims’ families and survivors.

The list below contains the Greek American victims.  Please note some are believed to be Greek because of their surnames.  The list was issued by the New York City Coroner’s office and provided to Greek Reporter by Aktina radio.

St. Nicholas Church was the only religious edifice destroyed in the 9/11 attacks and it is still unknown if the port authority will give the space desired to be rebuilt.

On September 11, 2001 the barbaric attack not only destroyed the majestic Twin Towers but also the tiny yet historic St. Nicholas Greek Orthodox Church. The Greek Church was located south of the second tower of the World Trade Center. In the aftermath of its destruction very little survived from St. Nicholas.  Surviving items include two icons of St. Dionysios of Zakynthos and the Zoodochos Pege, along with a few liturgical items, a book, and candles.