Justine Cotsonas on Screen with Keira Knightley and Eva Mendez 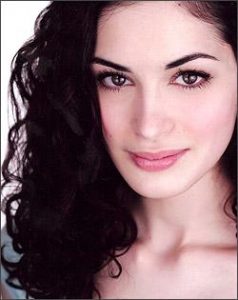 The sexy Greek-American New Yorker, Justine Cotsonas first appeared on the cast of As The World Turns for the role of Sophie Duran. The 24 year old studied acting at the NYU Tisch School of the Arts. Her big film debut will occur in the new film, Last Night where she will play the role of Maggie. The movie is a romantic drama revolving around a happily married couple, played by Academy Award nominee Keira Knightley, and Sam Worthington.  They are each drawn to other lover interests. The husband goes on a business trip with sexy colleague played by Eva Mendes, while the wife encounters her past love (Guillaume Canet) back at home. Massy Tadjedin directed the film which will be released next fall.  In a short interview with young actress, Justine Cotsonas, we learned to our surprise that this Greek beauty has never been to Greece!  The native born New Yorker in her early twenties, is already scoring roles on the big screen alongside major Hollywood stars. Look for this Greek star light up on screen next month in Last Night sharing the limelight with Keira Knightley and Eva Mendez.

Where are you from? What part of Greece? I was born and raised on Long Island, but my Yiayia was from Κρεμαστή and my Papou’s father came from a village called Συκιά.

Where did you study?
I went to NYU’s Tisch School of the Arts, graduated a semester early, and booked As The World Turns shortly after that.

Do you think being Greek or speaking Greek make you more attractive in the Hollywood? I, sadly, do not speak any Greek.  My brother is taking an Ancient Greek course at his college right now, and I’m a bit jealous — I’d love to go back to school to study a number of things, and that’s one of them.  In terms of Hollywood desirability, I do think there’s a certain exotic quality that goes along with being Greek, but I don’t think it’s helped me get any roles.

Do you prefer Greece or  the US?
I’ve never been to Greece!  I’m aching to go, and I hope to within the next few years.

What is your role in Last Night? How did you get it?
I play “Maggie,” and let’s just say she’s an acquaintance of Keira Knightley’s character who discovers “Joanna” in a compromising position.  It’s not a very big role, but it’s a fun one.  I actually auditioned for a different, smaller role, but Massy Tadjedin, the director, seemed to think I fit Maggie’s part better.

How is Keira Knightly and Eva Mendez in person?
I only worked with Keira; she’s such a lovely person — absolutely radiant and charming, but a real, friendly, down-to-earth girl.  I adore her.

What are your future plans? Any new projects?
I’m currently taping an episode of Law & Order: Special Victims Unit, and I did an episode of Nurse Jackie which aired in May.  I’m also working with a wonderful new kids’ band and project called Tim and the Space Cadets.   Their debut music video, which I’m in, is up on YouTube; it’s called “Superhero” and it’s a lot of fun.

What is your dream role, if there is such a thing?
When I was a little girl, I dreamed of playing Athena.  These days, Shakespeare’s Ophelia is the one.